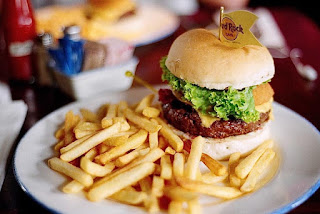 We believe music is a language that brings the world closer together. It's part of our DNA. - Hard Rock

Located in Hurghada opened November 12, 2004, the Hard Rock Cafe Hurghada is situated on Alkora Road in Nawwara Center located just steps from the Red Sea, just across the street from Hurghada International Airport.

Nabq opened February 23, 2013 located in the resort city of Nabq Bay overlooking the Straits of Tiran at the mouth of the Gulf of Aqaba, surrounded by teal waters and environmentally protected diving spots featuring reefs with hundreds of species of coral and thousands of tropical fish.

Lagos opened March 11, 2016 located on Victoria Island, Hard Rock Cafe Lagos is right in the center of one of the most exclusive areas in Nigeria near the Landmark Center, beaches of Victoria Island. Local favorite foods on Hard rock menu are Spicy Pepe Jumbo wings, marinated with Nigerian pepper, grilled chicken suya and spicy jollof rice.

Johannesburg  opened December 3, 2013 located where Sandton City and Nelson Mandela Square meet and make up the largest retail complex in South Africa with a polished marble bar and floating constellation of more than 7,000 drumsticks.

Sun City located in the Soho Hotel and Casino in one of the most popular resorts in the country, Sun City is the fourth location opened in South Africa. Sun City became famous because of a song, it was located within the Bantustan of Bophuthatswana, one of a number of internationally unrecognized states created by the South African government to forcibly relocate its black population. Sun City was a 1985 protest album and song recorded by Artists United Against Apartheid to convey opposition to the South African policy of apartheid. The album and title song Sun City declared that all the artists involved would refuse to perform at Sun City. Fifty-four artists including Run DMC, Bruce Springsteen, Pat Benatar, Hall and Oates, Santana, Bonnie Raitt, and the Fat Boys took part in the protest song.

Port El Kantaoui opened December 27, 2015 located near the beach maritime town of Sousse near the Mediterranean Sea and near several popular resorts.

Facts are to the mind the same thing as food to the body. - Edmond Burke.

Truths are first clouds, then rain, then harvests and food. - Henry Ward Beecher.

Gems are valueless as food. - Unknown.