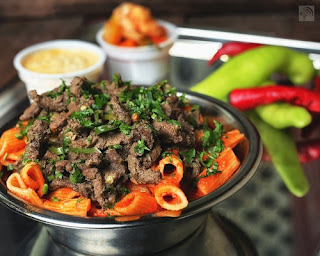 Directions
In a large frying pan with a lid, over high heat, heat the oil add liver. Stir-fry liver 3 minutes or it until it changes color. Add all remaining ingredients and mix well. Cover cook over medium-low heat; cook the liver for 15 minutes.
Facts About Egypt 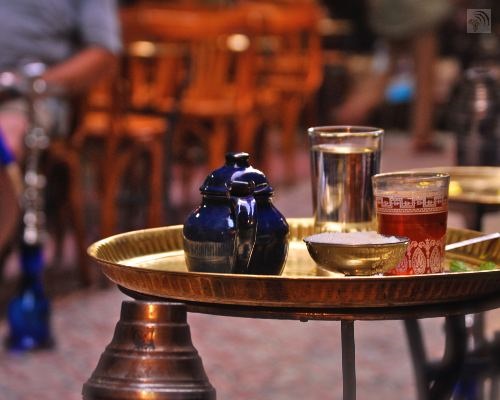 Food of Egypt
Hummus is dip made from mashed chickpeas, it is often made in Egypt. Offal organ meats are popular in Egypt such as liver sandwiches are popular street food in cities. Chopped-up pieces of liver fried with bell peppers, chili, garlic, cumin, and other spices are served in a baguette-like bread called eish fino. Tea is the national drink of Egypt. While Islam is the majority faith in Egypt and observant Muslims tend to avoid alcohol, alcoholic drinks are still readily available in the country. Popular desserts in Egypt include Umm Ali, Basbousa, and Qatayef. Fish and seafood are common in Egypt's coastal regions. A significant amount of Egyptian cuisine heavily popular with legume and vegetable dishes.

Population of Egypt
Egypt is the most populous country in the Arab world and the third most populous country in Africa, behind Nigeria and Ethiopia. Most of the country is desert, so about 95% of the population is concentrated in a narrow strip of fertile land along the Nile River, which represents only about 5% of Egypt’s land area. Egypt’s rapid population growth – 46% between 1994 and 2014 – stresses limited natural resources, jobs, housing, sanitation, education, and health care. Approximately 95% of the population lives within 20 km of the Nile River and its delta; vast areas of the country remain sparsely populated or uninhabited.

Egypt and the Sinai Peninsula
Egypt controls the Sinai Peninsula, the only land bridge between Africa and remainder of Eastern Hemisphere; controls Suez Canal, a sea link between the Indian Ocean and the Mediterranean Sea; size, and juxtaposition to Israel, establish its major role in Middle Eastern geopolitics; dependence on upstream neighbors; dominance of Nile basin issues; prone to influxes of refugees from Sudan and the Palestinian territories.

Great Library of Alexandria in Egypt
Africa's Egypt had one of the largest and most famous libraries in the ancient world was the Great Library of Alexandria in Egypt, founded about 295 B.C., it may have survived in some form into the 5th century A.D.; seeking to resurrect the great center of learning and communication, the Egyptian Government in 2002 inaugurated the Bibliotheca Alexandrina, an Egyptian National Library on the site of the original Great Library, which commemorates the original archive and also serves as a center of cultural and scientific excellence.