Palm oil gives a unique flavor to rice and beans. Rice and beans is a staple African recipe that makes the most of items that have a long shelf life. 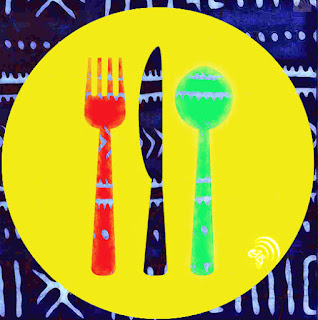 First, what is palm oil.

Palm oil is made by grinding the palm kernel of the African palm oil tree, the oil is then extracted from the kernel. The palm oil tree is indigenous to West Africa, naturally occurring along the 300-mile coastline strip from the Gambia to Angola. Palm oil manufacturing in West Africa has two elementary types. The first, palm oil growing in wild grooves and second palm oil groves that are planted on plantations and small farms. Sustainability in the palm oil industry and emphasizing that producers only source palm oil has been produced in an ecological way is a major issue in the industry. Palm oil is produced in countries in which there are large percentages of the world’s rain forests.

Second, about rice in Africa.

Rice is a staple food in many African countries. Rice has been cultivated in West Africa for over 3,000 years, however, about 450 years ago, the Asian species, Oryza sativa, was introduced to Africa from Asia and the demand for Asian rice has outpaced the demand for African rice among Africans. Rice is not only a vital part of African culture but also a favorite food. Long-grain white rice imported from Thailand and Vietnam are more widely consumed by most West Africans.

Beans are a major crop in many parts of Africa and beans are important in the diets of rural and urban families as a source of dietary protein. According to the Pan-Africa Bean Research Alliance the Common bean Phaseolus vulgaris L. is a major staple in eastern and southern Africa where it is recognized as the second most important source of human dietary protein and the third most important source of calories. Phaseolus vulgaris L. when mature is also called navy beans, white beans, northern beans, or pea beans, when immature the beans are known as snap beans, French beans and shell beans.

Just a little did you know before we move on the the featured recipe - Frying is not ingenious to African cooking, Native Americans taught frying techniques to the Lewis and Clark Expedition of 1804-1806.

Now that you know a little behind the history of the ingredients, rice, beans and palm oil. Let's make Rice and Beans Palm Oil Stew.

Salt and pepper to taste.

Transfer corn to bowl and season with salt and pepper to taste. Add 1 tablespoon oil, onion, and salt to now-empty skillet and cook over medium-high heat until softened, about 5 minutes.

Stir in garlic about 30 seconds. Stir in tomatoes, scallions, beans, broth, and rice and bring to simmer.

Cover, reduce heat to low, and simmer gently, stirring occasionally, until liquid is absorbed and rice is tender about 15 minutes.