Algeria has a rich culture and food recipes. From the art of cooking, the vast majority of the populace is found in the extreme northern part of the country along the Mediterranean Coast making the most delicious recipes for family and friends.


Want to try some new and exotic dishes? Drawing influences from Berber cultures, Algerian cuisine is sure to present you with a taste you will never forget.

Chakchouka
Start your day off right with Chakchouka, a traditional Algerian dish that’s mainly eaten for breakfast. Traditionally, the main components in Chakchouka include sautéed onions, tomatoes and various spices topped with a few eggs. This meal goes great with couscous, Kesra bread, or rice to soak up the sauces.

Couscous
Often considered the national dish of Algeria, Couscous is a perfect complement to any meal. This dish is composed of small pellets of steamed semolina topped with meat, vegetables, and various spices. In Algeria, the most popular meat and vegetable accompaniments for this meal include chicken, carrots, and chickpeas. Although a rather simple dish, Couscous offers considerable freedom in its selection of ingredients.

Directions
In a large saucepan over medium heat, combine the milk, honey, and cinnamon. As soon as it comes to a boil, stir in the couscous. Turn off the heat, cover and let stand for 5 minutes. Stir in dates. Serve warm for dessert or breakfast cereal.


Hariri
Are you in the mood for something light to fill your stomach? Harira is a traditional North African soup possessing a rich and hearty flavor. Recipes for this dish vary from region to region but in Algeria, Harira is often composed of lamb simmered with vegetables, spices, and herbs.

Mechoui
The name Mechoui comes from an Arabic word meaning, “roast on a fire,” and like its namesake, the meal is prepared in much the same way. This dish is composed of meat spiced and roasted over a fire and is mainly prepared for large gatherings.

Makroudh
Have a sweet tooth, make Makroudh, a traditional Algerian dessert. This pastry is composed of date or almond stuffing with deep-fried semolina dipped in honey. Makroudh also goes great with coffee and tea.

Algeria is the largest country in Africa but 80 percent desert; canyons and caves. In the southern Hoggar Mountains and in the barren Tassili n'Ajjer area in the southeast of the country contains numerous examples of prehistoric art-rock paintings and carvings depicting human activities and wild and domestic animals that date to the African Humid Period, roughly 11,000 to 5,000 years ago.

Algeria's economy remains dominated by the state, a legacy of the country's socialist post-independence development model. In recent years the Algerian Government has halted the privatization of state-owned industries and imposed restrictions on imports and foreign involvement in its economy, pursuing an explicit import substitution policy.

Hydrocarbons have long been the backbone of the economy, accounting for roughly 30% of GDP, 60% of budget revenues, and nearly 95% of export earnings. Algeria has the 10th-largest reserves of natural gas in the world - including the 3rd-largest reserves of shale gas - and is the 6th-largest gas exporter. It ranks 16th in proven oil reserves.

Hydrocarbon exports enabled Algeria to maintain macroeconomic stability, amass large foreign currency reserves and maintain low external debt while global oil prices were high. With lower oil prices since 2014, Algeria’s foreign exchange reserves have declined by more than half and its oil stabilization fund has decreased from about $20 billion at the end of 2013 to about $7 billion in 2017, which is the statutory minimum.

Declining oil prices have also reduced the government’s ability to use state-driven growth to distribute rents and fund generous public subsidies, and the government has been under pressure to reduce spending. Over the past three years, the government has enacted incremental increases in some taxes, resulting in modest increases in prices for gasoline, cigarettes, alcohol, and certain imported goods, but it has refrained from reducing subsidies, particularly for education, healthcare, and housing programs.

Algiers has increased protectionist measures since 2015 to limit its import bill and encourage domestic production of non-oil and gas industries. Since 2015, the government has imposed additional restrictions on access to foreign exchange for imports, and import quotas for specific products, such as cars. In January 2018 the government imposed an indefinite suspension on the importation of roughly 850 products, subject to periodic review. 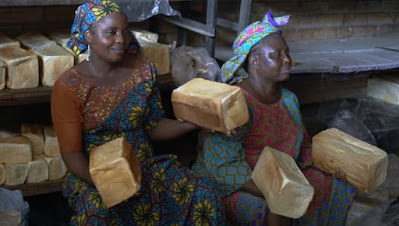 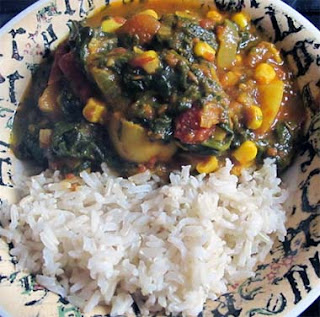